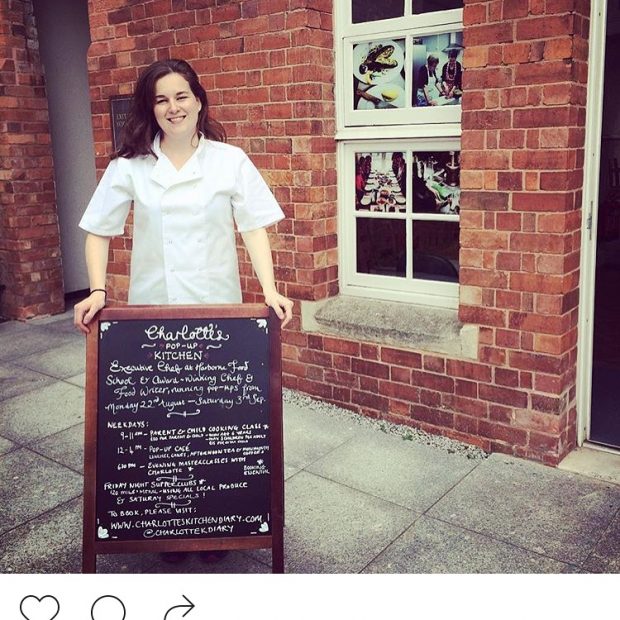 Last summer, I opened my own pop-up in Birmingham, which ran from Monday 22nd August to Saturday 3rd September 2016, featuring a wide range of events, from cookery classes, to a daily pop-up café and Friday night supper club. It was a huge success and tremendous fun.

It is with the greatest pleasure that I bring to you the news that FERMENTED, my most recent cookbook is shortlisted for the highly prestigious André Simon Award, alongside renowned writers including Jamie Oliver, Bee Wilson, Oz Clarke and more, whose books I have greatly enjoyed. 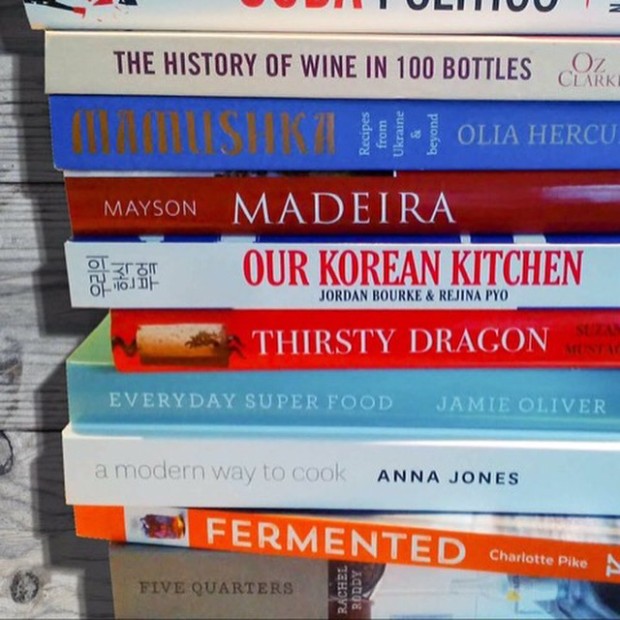 News of the nomination came as a complete surprise, relayed by one of my Guild of Food Writers Committee colleagues, and it is such an honour. There will be an awards party in London in a couple of weeks, which should be good fun.

When I was studying at Ballymaloe two years ago, teacher Rory O’Connell was shortlisted for his superb book, Master it. Darina announced the news to us students, and I remember her words: “it’s a big deal”. That is why it’s particularly special to me to have been shortlisted. I can’t believe my book is in such illustrious company, proud as I am of it.

I wanted to thank you all so much for your kind words and support, both on the André Simon shortlisting, and in general, since the book was published last summer.

You may be pleased to know I’m now working hard on the next one for you.

Thanks a million, Charlotte x 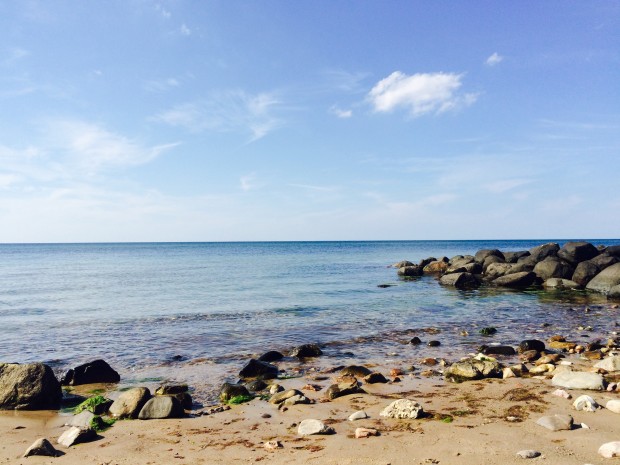 It’s such a cliché, but I really can’t believe 2015 is nearly over and we’re starting a new year already.

2015 was a very busy, challenging year, but an incredibly exciting one, and I am really looking forward to everything 2016 has in store. Over the last year, I’ve had a huge amount of a lot of work on, and I’ve been away from home more days than I was home, so lots happened that I didn’t share with you all. So, here’s a little summary of my year.

The start of 2015 was very busy, and January was mostly occupied by the end of the shooting season. 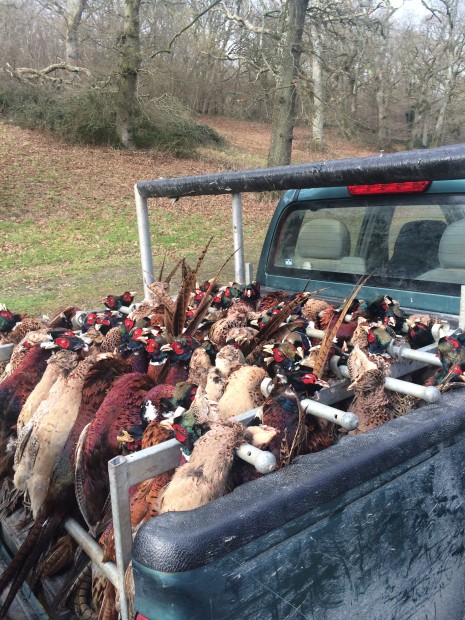 How many birds in the bag?!

February was busy in a different way, as I worked flat out to finish FERMENTED, my latest cookbook. 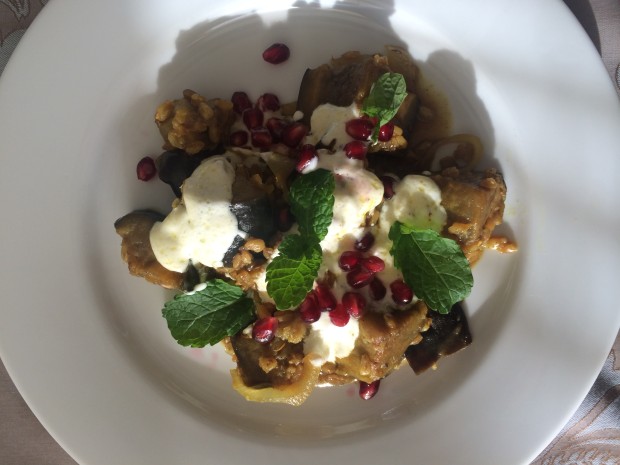 We had an excellent mini break to Northern Ireland and Belfast, too. 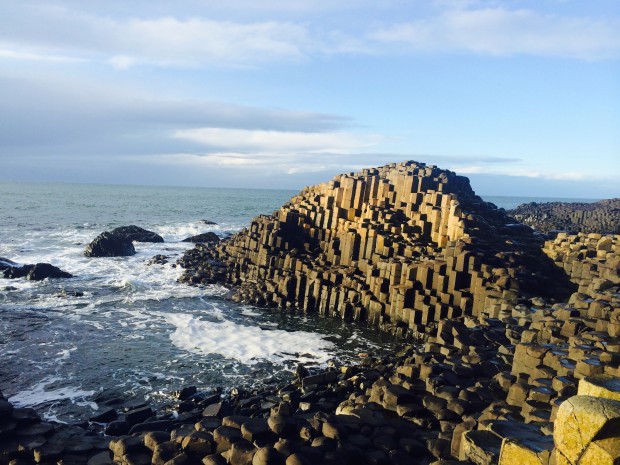 Highlights included visiting the Giant’s Causeway and an unforgettable lunch at OX in Belfast, which was awarded a Michelin star this year, too. 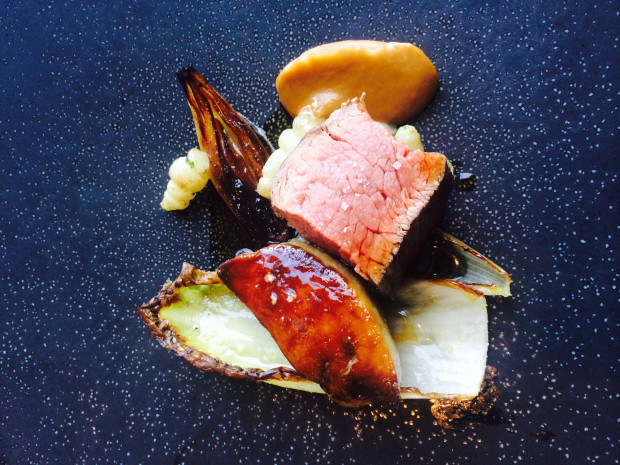 With my book mostly written, we started shooting the book in London in March, which was great fun. I had the most amazing team working for me, who really captured the look and feel I wanted for this book. 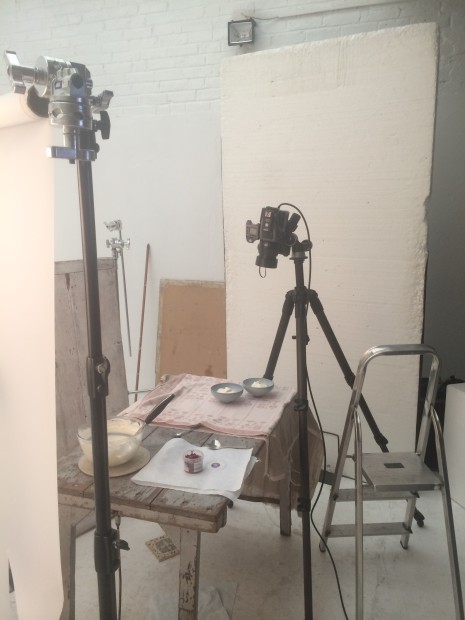 In April, I popped over to Dublin to attend a party and had an excellent few days over there on my own enjoying this brilliant city.

May was a lovely month. At the start of the month, we headed up the Peak District, which we enjoyed, and then spent a long weekend in Snowdonia. A highlight was getting back into the saddle and riding through Snowdonia together. 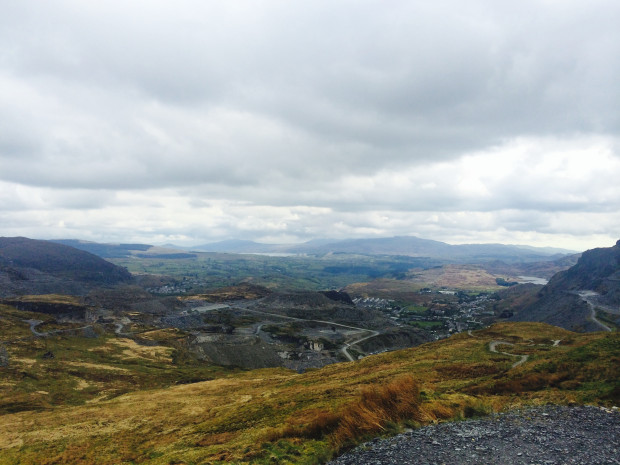 Then, I headed back to Ireland for a week to speak at the Kerrygold Ballymaloe Literary Festival, which was a huge privilege. 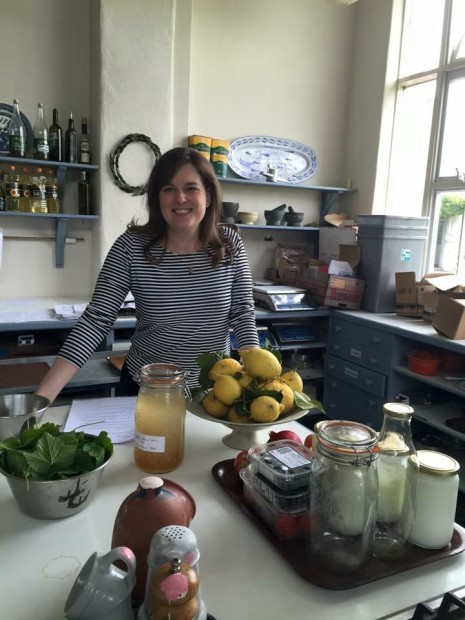 Next, I spent the week on a solo road trip, travelling around Kerry and Cork which was absolutely lovely.

In June, we headed north to Skye, which was a dream come true. We were really unlucky with the weather, but had a fantastic trip and staying at Kinloch Lodge was a long held ambition of mine. 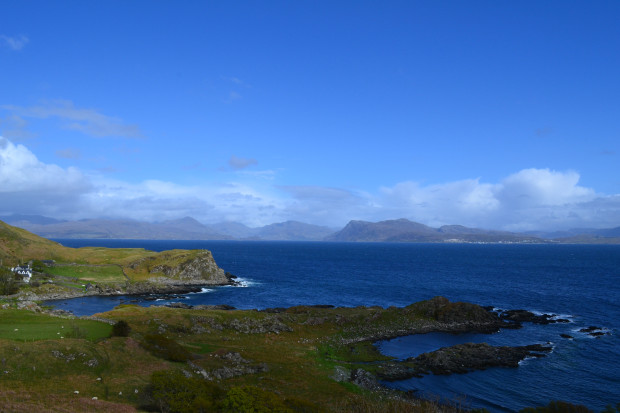 July and August were hugely interesting and enjoyable months, as I headed off to Denmark for the summer. Just before I flew out to Sjælland, we had a super long weekend in the Lake District. 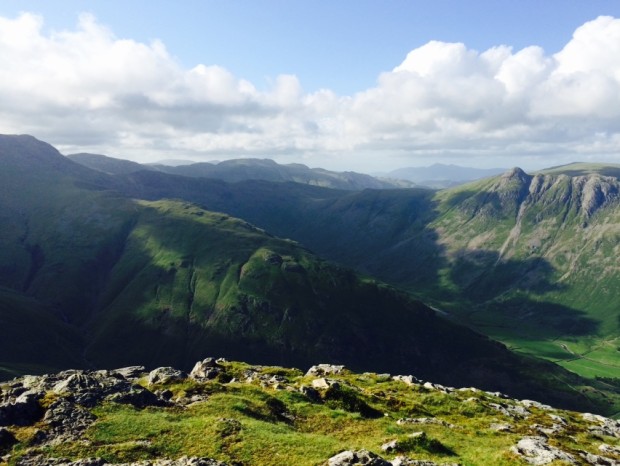 I had a fantastic time in Denmark, which is such a beautiful country and came home completely inspired by the wonderful people and food there. 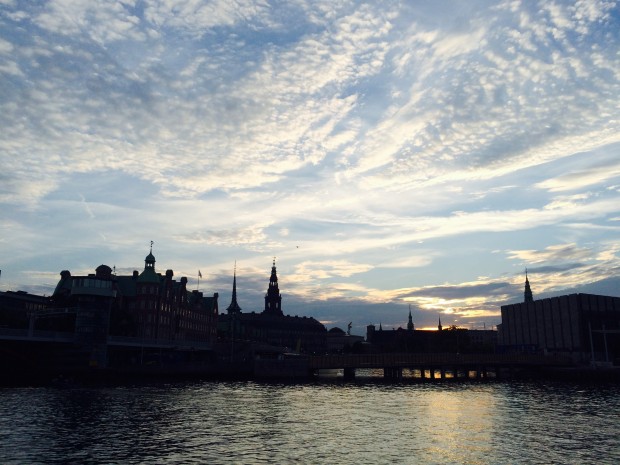 I had a very quick turnaround and we took the ferry over to France for a very dear friend’s wedding in the Loire, which was just amazing. We combined this with a fantastic road trip around northern France. 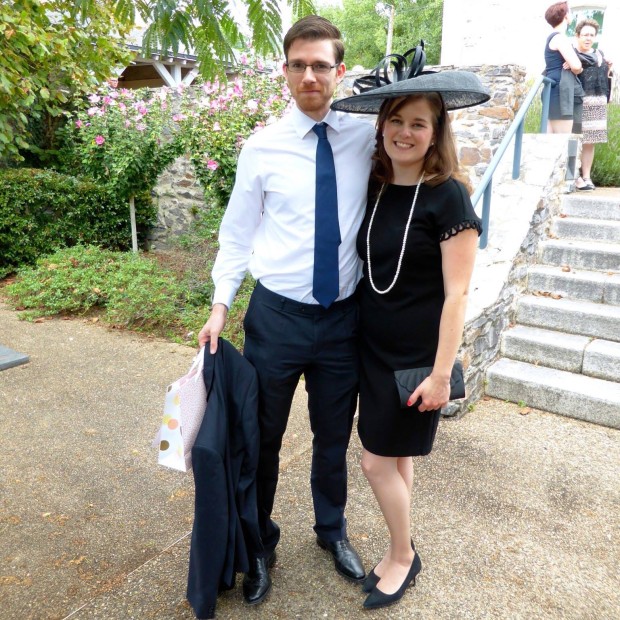 Celebrating in the Loire

At the end of August, FERMENTED was published worldwide, which was a huge joy.

We spent the August Bank Holiday in the Wye Valley and Forest of Dean, which was really beautiful. 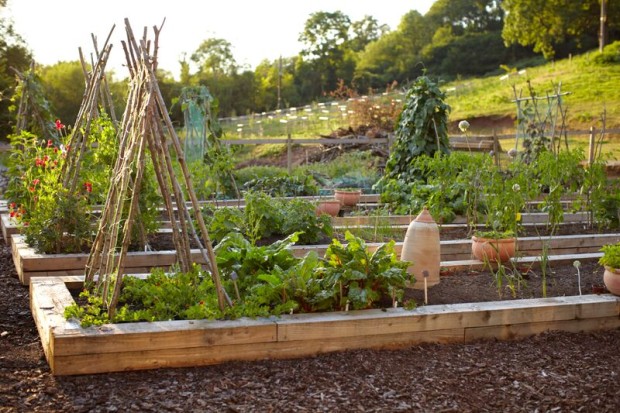 Forest of Dean – The Tudor Farmhouse

September was another busy month, with book promotion worldwide. I visited Paris with 11 wonderful friends, which was so much fun. We hired an enormous apartment and drank wine, ate cheese and had a very jolly time together. As soon as I returned, I headed off to Laranza in Hertfordshire to film my first TV series for Simply Good Food TV. And then we packed our bags again and headed to the Middle East for a fortnight, which was complete bliss. 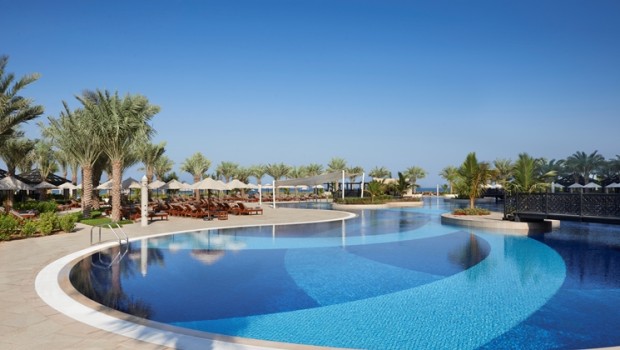 Back home in October, we visited South Devon for weekend as I was invited to speak at the Dartmouth Food Festival. I had a busy month teaching my cookery classes at Harborne Food School in Birmingham.

November was another hectic month with lots of work on. I did manage a week in London catching up with friends and business meetings. We finished the month in Madrid, which was really special. 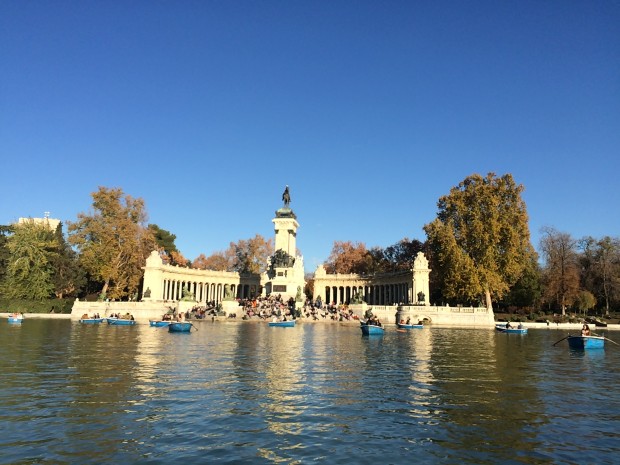 December has been a crazy month with lots going on work wise and at home. It’s been nice to have a little time off over Christmas as I gear up for an even bigger and better year in 2016. I have a new book to write imminently and some very, very exciting work projects in the pipeline, which I shall start to share with you in a few weeks.

It was very special to finish 2015 nominated for the André Simon Award for FERMENTED. Other shortlisted authors include Jamie Oliver, Bee Wilson and Oz Clarke. The awards will take place in London in January, which should be good fun.

As always, thank you so very much for all your support this year. More of you have been reading this blog than ever, and buying my books to make them best sellers. I appreciate all of your support, and I look forward to bringing you more books, recipes and Foodie Guides in 2016.

I wish you all the very best for the year ahead. Charlotte X